Edward Algerd Waitkus was born on January 13, 1914, in Gary, Indiana, to Justin and Emily "Minnie" (Colnitis) Waitkus. His parents were born in Lithuania, and his father ran a grocery store. In 1940, Waitkus was counted in the U.S. census working in the family business. Two years later, on November 25, 1942, he entered service in the U.S. Coast Guard.

E. Algerd Waikus was a watercolorist and also worked in oil. His art seems to have been purely representational, and he seems to have specialized in landscapes. Among his awards and exhibitions:


I discovered the late Mr. Waitkus in The Ford Times Cookbook (ca. 1968). For those who are not familiar with it, Ford Times was a travel magazine issued by the Ford Motor Company. One of the highlights of the magazine were its watercolor depictions of people and places throughout these great United States. I feel certain that Mr. Waitkus had other watercolors in Ford Times, but the one I have illustrates the interior of the restaurant at the Honeywell Center in Wabash, Indiana (see below).

Algerd Waitkus was married to June M. Waitkus. He died on November 16, 2000, at age eighty-six and was buried at Bay Pines National Cemetery in Bay Pines, Florida. 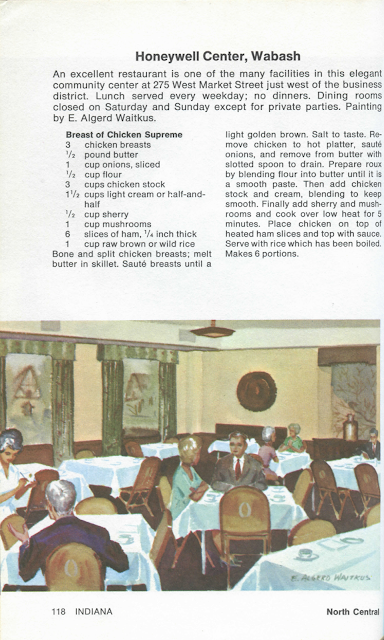 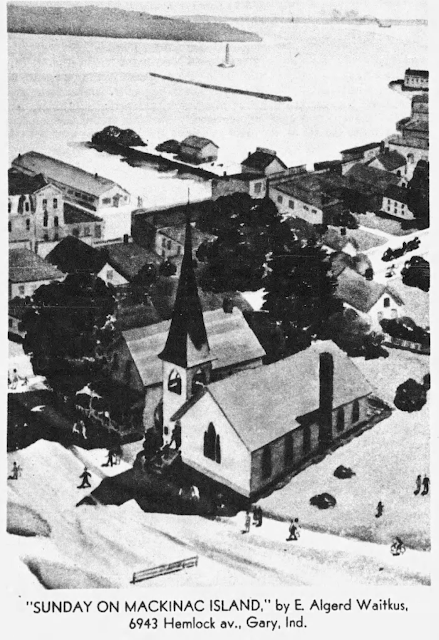 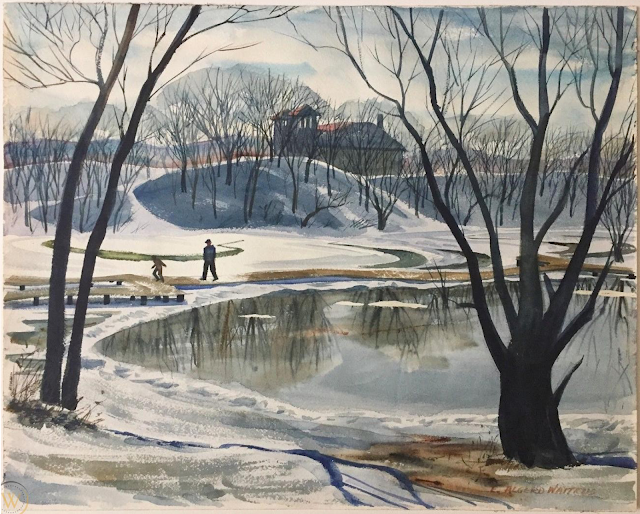