Wallace P. and Mary A. Stover were a husband-and-wife team of commercial artists and illustrators. Wallace Peter Stover was born on January 5, 1903, in Elkhart, Indiana, and graduated from Elkhart High School in 1921. He received a scholarship to the Herron School of Art in Indianapolis and received his diploma in 1925 after four years of study. Oakley E. Richey (later a teacher at Arsenal Technical High School), Mabel Bott (artist and wife of Earl Wayne Bott), and Josephine Hollingsworth were among the other students in attendance at Herron during the early 1920s.
Wallace Stover and Mary Alys Polk were married on August 31, 1929, in Manhattan. She was also an artist and a teacher in the Franklin, Indiana, schools. He was then living on Long Island and working in New York as a commercial artist and designer of costumes.
The 1930 census found the newlyweds living in Queens, New York. Wallace was then working as a magazine illustrator. By the 1940s, the Stovers were working together, illustrating inexpensive children's books and coloring books in a number of popular series, including the Wizard of Oz, Uncle Wiggily, and Raggedy Ann and Andy. They ran their own advertising firm, Mary and Wallace Stover Corp., in New York for forty-five years, retiring in 1971.
Wallace P. Stover died on January 13, 1983, in Princeton, New Jersey, and was buried at Florida Memorial Gardens in Rockledge, Florida. Mary Alys Polk Stover followed him to the grave in 1985. Their headstone is marked with the words "Together Forever." 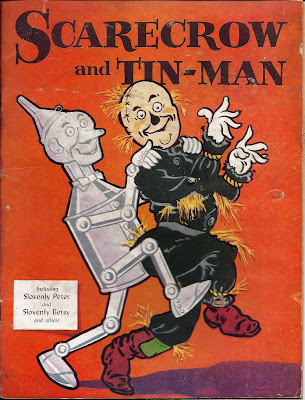 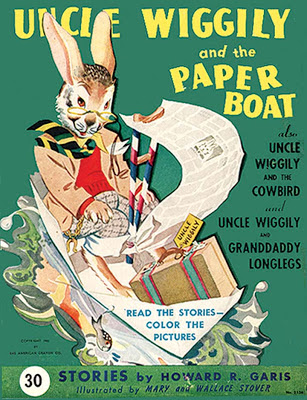 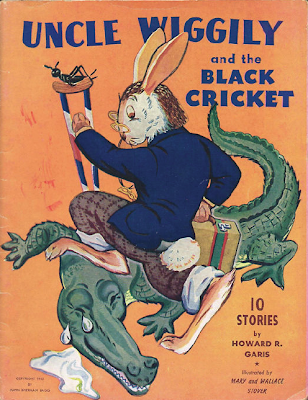 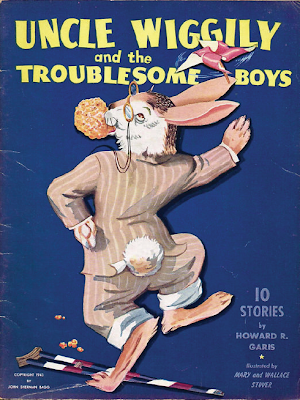 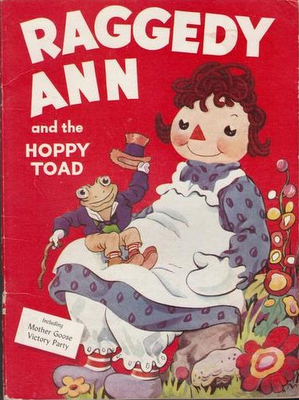 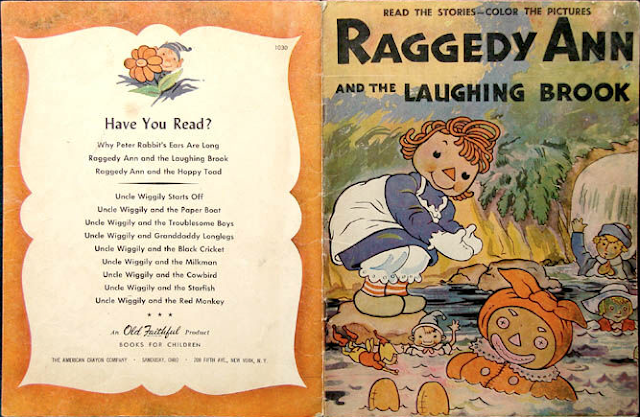 This is the birth month of Indiana artist Bessie Cronbach Lowenhaupt. Born on November 19, 1881, in Mount Vernon, a small town on the southwestern tip of the state, Bessie studied at the Art Institute of Chicago (1899-1903) and the Washington University School of Art. As a student, she created unpublished illustrations and other art. After marrying Abraham Lowenhaupt, an attorney, in 1910, she moved to Saint Louis and started a family. Bessie didn't let that keep her from her art however. Over the course of her long life, she created deceptively simple--almost primitive--paintings that place her squarely in the realm of modern art. To quote Robert E. Kohn:

Lowenhaupt revealed her artistic creed when she told [biographer Judith Saul] Stix that "a realistic picture . . . isn't interesting," and that abstract art, being "arid and lacking discipline," is also "not interesting."

Take that, American artists of the twentieth century! In any case, although she died in Saint Louis in 1968, Bessie C. Lowenhaupt is remembered even today. There was an exhibit of her work at the Saint Louis Art Museum in 1995 and articles on her life and art in newspapers and journals as recently as this year. Her papers are in the collections of the State Historical Society of Missouri Research Center in Saint Louis. The papers of her biographer, Judith Saul Stix, are in the Smithsonian Archives of American Art. Finally, my thanks to Joyce Schiller, who has written about Bessie Lowenhaupt, for bringing the artist to my attention. Ms. Schiller is curator at the Rockwell Center for American Visual Studies, at the Norman Rockwell Museum in Stockbridge, Massachusetts. 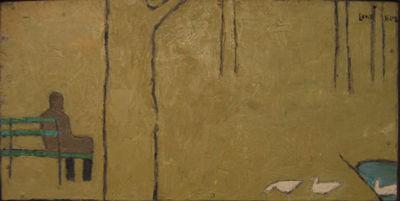 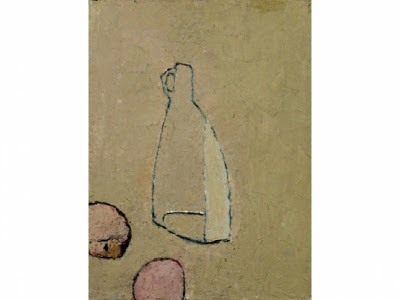