Clare Angell had only a tenuous connection to Indiana. In her book, Art and Artists of Indiana (1921), Mary Q. Burnet listed Angell as having been born in Goshen, Indiana. Public records tell a different story. If those records are accurate, then Angell was born on March 4, 1874, in Lansing, Michigan. His father, Eugene Angell (1848-1907) was also a native of Michigan. Clare Angell's mother, Mary Butterfield Angell (ca. 1853-?), was born in Indiana, probably in Goshen. In 1880 she was with her husband in Lansing. Eugene Angell, a banker and investor, became insolvent in 1883. Presumably he and his wife separated after that. The records of the 1890 census have of course been lost. They may very well have showed Clare Angell with his mother in Goshen, where she was enumerated in the 1900 census with her family. By then Clare Angell was on his own as an artist and probably living in New York City.

Clare Angell worked as a postcard artist and illustrator for about thirty years. Unfortunately, there aren't any records of him after the 1920s. If anyone knows anything more on Clare Eugene Angell, Ken Dickinson and I would very much like to hear from you. 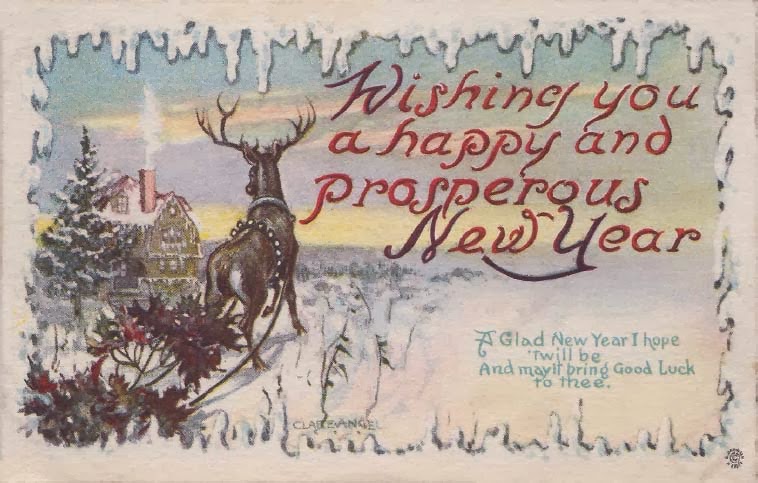 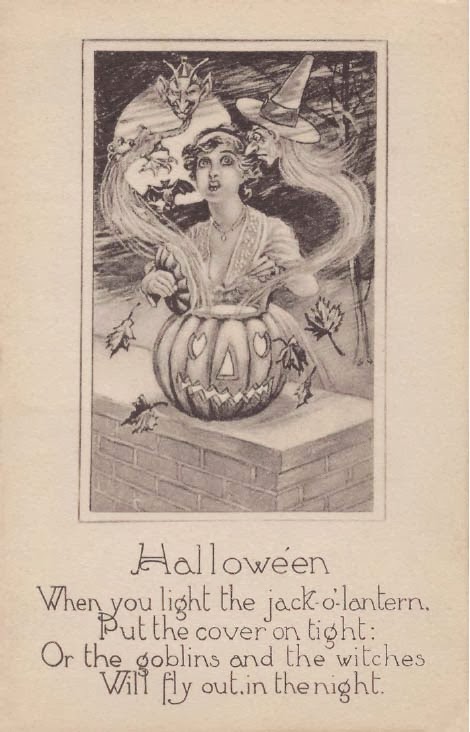 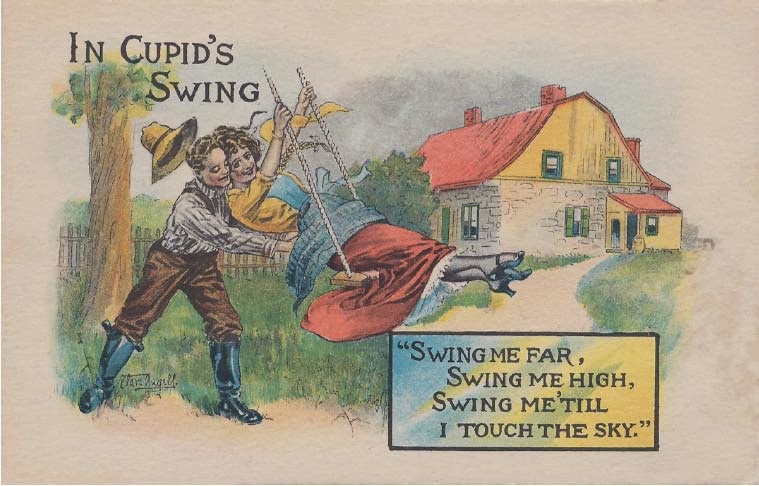 Barbara Marie Rogers Houseworth was born in Indianapolis, Indiana, on August 11, 1925. She majored in Fine Arts at Indiana University from 1943 to 1946. Her teachers included Robert Elisha Burke (1884-1957), Harry Engel (1901-1970), Robert Laurent (1890-1970), and Steve Green (1917-1999). She married John Horace Houseworth (who was born in Elkhart, Indiana, on August 18, 1918), and they lived in Indianapolis for six years while he finished medical school, completed his internship, and then his residency. Barbara worked at L. S. Ayres doing interior window displays and showed her work in an exhibit of Indiana artists at the John Herron Art Museum. After a year in San Antonio, Texas, then another year in Aurora, Colorado, in 1954 they settled in Urbana, Illinois, where Barbara’s husband joined Carle Clinic, now Carle Foundation Hospital.

In the American Midwest of the 1950s, a woman's place was in the home, and there were few outlets for any artwork produced. So Barbara raised two daughters and was active in the local community--but continued to paint. Although she did exhibit a few times, and even sold some paintings, other than those she gave away, she usually just stuffed them into a drawer to be forgotten. She painted for herself; even her husband was not allowed to participate in her private world.  The paintings were all "experimental." She took up her materials and let go, allowing line, tone, and color to form shapes and figures. Often faces appeared on her paper; there was almost always sadness in her doleful-eyed portraits, usually of someone unknown. Sometimes they were even rather worrying. After her children had grown and left home, she shifted her main interest from painting to the collecting of antiquarian and used books.

In 1956, a neighbor, Larry Connolly, a local high school teacher of English and secretary of the National Council of Teachers of English, approached Barbara to do a map of Homer’s Odyssey for high school literature classes: a commission she launched into with enthusiasm. The amount of time, effort, and  research that she put into the work was not a financial balance, but that undoubtedly never even entered into the equation. It was a channel for her abilities and an opportunity to create something of use, and that was surely worth all she invested over several years. Further similar projects provided an opportunity to research the back streets of London, a city that had always intrigued her. From 1956 to 1966 she produced a series of maps which illustrated landmarks mentioned in books used in high school literature classes: William Shakespeare’s MacBeth and Julius Caesar, Homer’s Odyssey and  Iliad, Virgil’s Aeneid, Charles Dickens’ Tale of Two Cities, George Eliot’s Silas Marner, Henry Wadsworth Longfellow’s Evangeline, and Herman Melville’s Moby Dick.

Barbara never threw anything away as some artists do, and the quality of her entire oeuvre is remarkable; there are no false starts. Each line she drew was vibrant, her colors alive; creative energy flowed down through her fingertips and guided her brush. Picasso-like, she always achieved an image of interest. She may not always have known what it was or why she painted what she did, but the end result was often vibrating with energy, or contained just a hint of something interesting, something "in the coming."


Update, January 24, 2015: Ann Massing, daughter of Barbara Rogers Houseworth and author of the article above, has brought out a self-published book on her mother's paintings. You can find the listing for the book at the following website:

Update, February 2, 2015: I have heard from Ann Massing, daughter of Barbara Rogers Houseworth, that her mother passed away on January 12, 2015, at age eighty-nine. I wish to express my condolences to Ms. Massing and to the Houseworth family for their loss.

Text and captions copyright 2014 Ann Massing
Images are copyrighted by the respective holders of those rights.
Posted by Terence E. Hanley at 10:57 AM 1 comment: