One hundred years ago today, on April 6, 1917, the United States, with its declaration of war on Germany, entered the Great War, what we now call the First World War or World War I. By the time of the armistice nineteen months later, more than 4.7 million men had answered the call to arms, and more than 110,000 had died in combat, of disease, and by other causes. One who served was Joseph Allen Minturn of Indianapolis, a lawyer, artist, and clubman remembered for being one of the oldest of the officers inducted into the U.S. Army for service in that long-ago war.

Joseph Allen Minturn, known as Joe, was born in Nelsonville, Ohio, on June 20, 1861, shortly after the start of the Civil War. He arrived in Indianapolis in the American centennial year of 1876 and graduated from Indianapolis High School in 1877. Minturn furthered his education at Pennsylvania Military Academy (now Widener University), where he studied civil engineering and chemistry and received his Ph.D. in 1880, and at the law school of Indiana University, completing his studies there in 1895. Minturn started a wood engraving business in Indianapolis in 1881, became a patent attorney in 1895, and was admitted to practice before U.S. Federal Court in 1895 and the U.S. Supreme Court in 1910. In 1901, Minturn served in the Indiana State Legislature.

Just shy of his fifty-sixth birthday, Minturn enlisted in the U.S. Army in May 1917. In June, the army imposed an age limit of fifty-four for enlistees, and Minturn was discharged. He promptly went to Washington, D.C., and, after a month of lobbying, was reinstated and ordered to report to Fort Benjamin Harrison in Indianapolis in July 1917. As a newly minted second lieutenant in the Quartermaster Corps, he was next stationed at Camp Zachary Taylor in Kentucky and began learning about landscape drawing, military draftsmanship, and the new art of camouflage. Service at Camp Sherman, in Minturn's native state of Ohio, followed.

In July 1918, Minturn went overseas with the 309th Engineers, 84th Division, and became an instructor in camouflage and military sketching at Army Infantry Specialists' School in Langres, France. He acted as an observer on the Meuse-Argonne and St. Mihiel fronts and served at General Headquarters in Chaumont. Minturn was promoted to first lieutenant in 1918, to captain in April 1919, and was discharged after two years of service in July 1919. He was then fifty-eight years old.

Once returned to civilian life, Joe Minturn continued in his career as an author and illustrator. He had earlier written Inventor's Friend, or Success with Patents (Indianapolis, 1893), Price-Regulation Under Patents (Indianapolis: Minturn & Woerner, 1916), and The Puritans: An Historical Poem of America, etc. (Noblesville, IN: Butler Printing House, 1917). His book The American Spirit (1921), with illustrations by himself and others, is an account of Minturn's service in the army. (1) Next came Brown County Ballads ([Indianapolis], 1928), Frances Slocum of Miami Lodge, etc. (Indianapolis: Globe Pub. Co., 1928), and finally Historical and Other Poems (Indianapolis: Globe Publishing Co., 1939). (2)

Joseph Minturn was married twice and had two daughters. He was a member of the Methodist Church, Knights of Pythias, Masonic Lodge, Scottish Rite, American Legion, Indiana Society of Mayflower Descendants, and Service Club of Indianapolis. (3) Most of the information here is from the book The Service Club of Indianapolis, 1920-1955, compiled by Howard C. Caldwell (1955). For many years, Minturn was the club's oldest member. He had a farm in Hamilton County, north of Indianapolis, and a cabin, called "Miami Lodge," in Brown County, well south of the city. There he carried on his hobby of painting. Minturn was also of course an engraver and illustrator, and he was lifelong friends with Indianapolis artist and art instructor William Forsyth (1854-1945).

Joseph Allen Minturn died on April 3, 1943, at age eighty-one, and was buried at Crown Hill Cemetery in Indianapolis.

Notes
(1) To see the book in its entirety, click on the link:


(2) The list of Minturn's books is from Ohio Authors and Their Books by William Coyle, editor (1962), and Indiana Authors and Their Books 1816-1916, by R.E. Banta, editor (1949), by way of the website Strangers to Us All: Lawyers and Poetry, here.
(3) Minturn, an amateur genealogist, was descended on his mother's side from John Howland and Elizabeth Tillie or Tilley of the original colony. In that descent, he was related to George W. Bush, Chevy Chase, Sarah Palin, and Ted Danson, among many, many others. 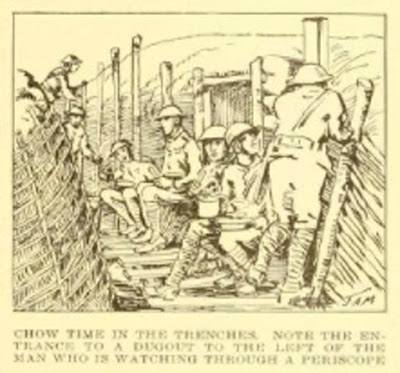 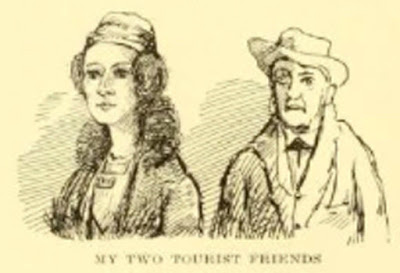 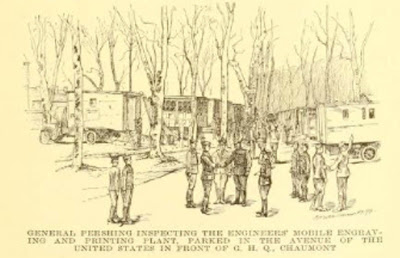 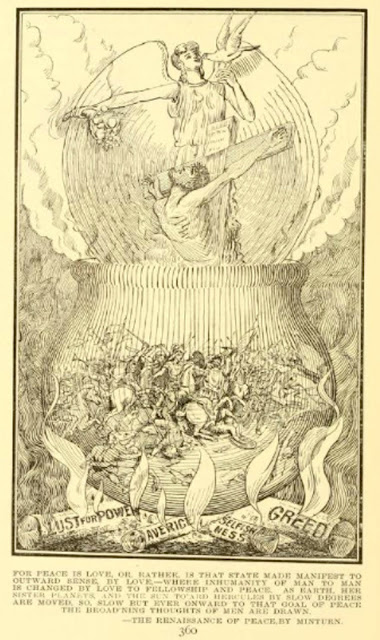