Fashion designer and commercial artist Julia K. Boyd was born on May 14, 1892, in Cambridge City, Indiana. Her parents were Dr. Horace B. Boyd and Carrie (Swearer) Boyd. Her family also included two sisters and two brothers: Oliver, Nellie M., Louise Belle, and Olin Boyd. Though Julia died young, only her mother and her younger brother Olin survived her.

Julia Boyd began designing fashions for her dolls and those of her friends when she was five years old. After graduating from Lincoln High School in her native city in 1910, she studied fashion design at the Chicago Academy of Fine Arts and at Columbia University. In 1920, she was working in Cambridge City as a commercial artist. By 1929, Julia was in Indianapolis, where she worked for the William H. Block Company, a department store known for its women's fashions and for its daily newspaper spreads advertising those fashions.

Julia Boyd spent seven years traveling the United States and sketching the clothing worn by women in society. She interpreted fashion for everyday women, though, insisting that the patterns made from her drawings be "easy to follow [and] interesting to work with." (1) Her fashion drawings and articles were syndicated nationally by Newspaper Enterprise Association (NEA) under the title Today's Pattern and sometimes under the subtitle "Julia Boyd Patterns." Readers of the feature could order patterns directly from Julia's own workshop in New York City.

Julia Boyd enjoyed an active life of work, travel, and recreation. She liked riding, playing golf, and swimming. For many years, she lived in New York City with her mother. Sadly, all of that came to an end with her death, from a brain tumor, on September 26, 1938, in a New York hospital. She was only forty-six years old. Julia Boyd was buried in the city of her birth.

Note
(1) Quoted in "Whets Women's Interest in Style" by Marion Young in St. Louis Star-Times, July 13, 1934, page 11. The photograph below is from the same article. 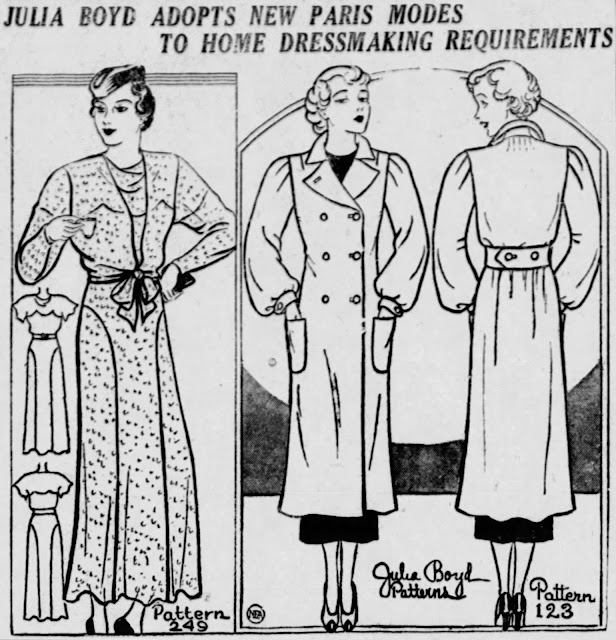 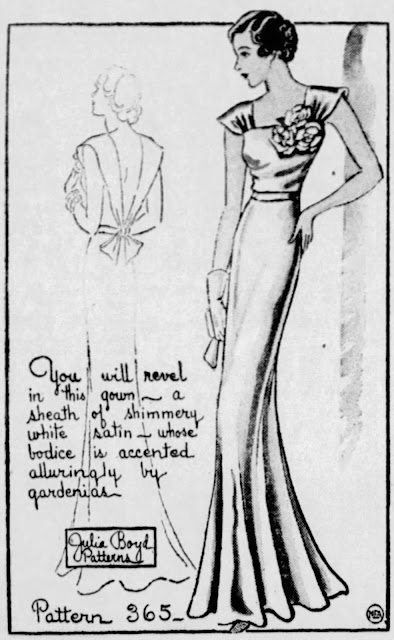 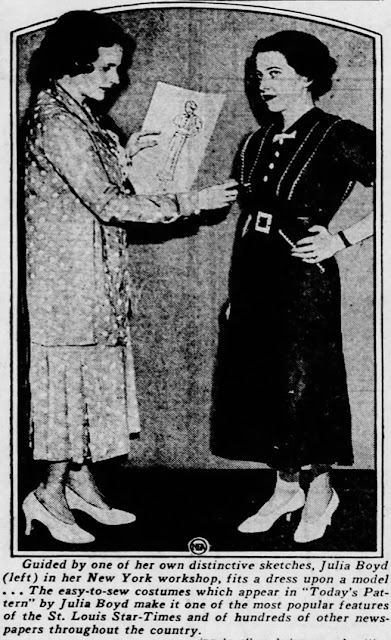