Harvey Emrich was born in Indianapolis on October 9, 1884, and graduated from Manual Training High School in 1903. His post-secondary education came at the Herron School of Art (1903-1904), Butler University, and the Art Students League. Emrich also enjoyed the rare opportunity of studying art in France, but at the cost of going to war as a member of the American Expeditionary Force in World War I. As the war was drawing to a close, John Erskine, director of the YMCA for the AEF, instituted an art program for soldiers, in which Emrich took part and advanced his studies.

During the 1920s and '30s, Emrich was a member of the artists' colony at Woodstock, New York. Henry Maust, Hanson Booth, and John Striebel were among the other Hoosiers in residence there. Emrich created illustrations for a number of popular magazines, including Everybody's, Harper's, People's Home Journal, and Woman's Home Companion. He was also a fine artist and won a figure composition award (and a $200 prize) at the Hoosier Salon in 1928. He exhibited his work at the Art Institute of Chicago, the Corcoran Gallery, and with the Woodstock Artists Association. By the early 1940s, Emrich had returned to his hometown and was president of the Emrich Furniture Company on the west side of Indianapolis. He died in March 1972 at age eighty-seven.

Paul Alexander was one of the top science fiction paperback cover artists of the 1970s and '80s. Now retired, Mr. Alexander was born on September 3, 1937, in Richmond, Indiana, and graduated from Wittenburg University in nearby Springfield, Ohio, in 1967. He also studied at the Art Center College of Design in Los Angeles. In his book Infinite Worlds: The Fantastic Visions of Science Fiction Art (1997), Vincent Di Fate includes Mr. Alexander with Dean Ellis, Christopher Foss, and John C. Berkey as "gadget" artists, "adept at painting futuristic hardware." The artist's talents were not limited to enormous spaceships zooming through vast realms of space, though. As the images below show, Mr. Alexander was equally adept at portraying human and not-so-human figures.

Paul Alexander's work was recently on display at the Communication Arts Technologies (CAT) Gallery at Montgomery College in Rockville, Maryland. Those works were part of an exhibit called "Worlds Collide: The Art of Science Fiction." You can view an online gallery at: 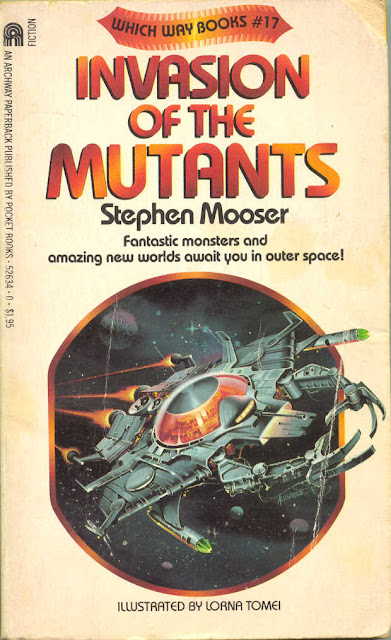 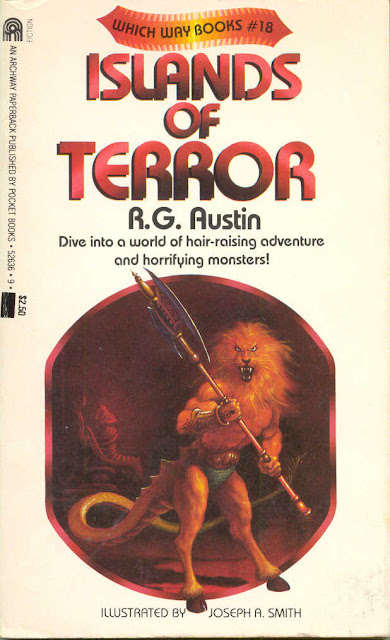 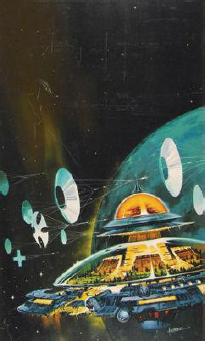 Joseph Clemens Gretter lived a long and productive life, yet few readers knew him by anything other than his one word signature, "Gretta." The artist behind that signature was born on December 11, 1904, in the prairie country of western Indiana and grew up in Avery, Iowa. His schooling came at the Iowa Academy of Fine Arts, Chicago Academy of Fine Arts, and Art Institute of Chicago. His art career began in earnest in 1926 when he began drawing Hippity Skip Puzzles for the Chicago Tribune. During the lean years of the Great Depression, Gretter stayed busy illustrating series novels including the Ted Scott Flying Stories,  the X Bar X Boys, the Air Combat Stories, and the Hardy Boys. He also made his way into comic books.

In 1935, a former cavalryman and pulp fiction writer named Major Malcolm Wheeler-Nicholson put together a 36-page, black-and-white, tabloid-sized comic book called New Fun Comics, the first comic book made up of all original material and the second newsstand comic book ever published. New Fun Comics #1 (Feb. 1935) marked several other firsts as well, including the first original science fiction feature for a comic book, "Don Drake on the Planet Saro." The author was Ken Fitch, the artist, Clemens Gretter. "Don Drake," probably inspired by Flash Gordon and Brick Bradford, ran in seventeen issues of New Fun and its successor, More Fun Comics, and even made the cover spot in April 1935. Gretter worked in comic books for many more years. His last known credited work showed up in Fatman, The Human Flying Saucer in 1967.

By the early 1940s, Weird Tales magazine had moved to New York City. A change in editorial personnel, writers, and artists accompanied that move. The art of Margaret Brundage, Virgil Finlay, and others was increasingly rare on the cover of "The Unique Magazine." Other artists had been brought in to take their place, including A.R. Tilburne (another Hoosier) and Clemens Gretter. Tilburne produced ten covers in as many years between 1938 and 1947. Gretter on the other hand drew just one, for the January 1942 issue, an illustration unrelated to the stories inside.

Clemens Gretter continued as a cartoonist and illustrator after 1940. Between 1941 and 1948, he ghosted Ripley's Believe It or Not! He drew his own fact-based features, In This World and In Our Time, syndicated between 1953 and 1988. In semi-retirement, Gretter painted portraits and wrote two books, The Genius of Man and Chain of Reasoning (1978). He also invented a building panel and was granted a patent for it in 1976. Gretter died on April 8, 1988, in Wilton, Connecticut, at age eighty-three.


Note: This posting also appears on my blog Tellers of Weird Tales at www.tellersofweirdtales.blogspot.com.