Lucille Webster was born on December 8, 1900, in Valparaiso, Indiana. Her father, George A. Webster (1854-1924), was a Canadian-born photographer. Her mother was Nellie Carpenter Webster (1862-1951). As a child, Lucille lived with her parents and her older sister in Bloomfield, Indiana, and in Chicago. She studied at the Art Institute of Chicago and shared a studio with her sister, Mildred. Lucille Webster married another artist, Holling Clancy Holling (1900-1973), in 1925, the same year in which he legally acquired his new name. Born Holling Allison Clancy in Holling Corners, Michigan, Holling graduated from the Art Institute of Chicago and worked in taxidermy at the Field Museum of Natural History in Chicago. He also studied with anthropologist Ralph Linton. Together Holling Clancy Holling and his new wife Lucille Holling set out on an adventure in 1926-1927 with the first University World Cruise, sponsored by New York University. Lucille designed scenery and costumes for the drama department while her husband served as a shipboard instructor of art. There would be many more travels to come.

Lucille Holling and her husband worked in advertising and as commercial artists and illustrators. In addition to drawing fashion illustrations, Lucille Webster Holling illustrated Kimo: The Whistling Boy by Alice Cooper Bailey (1928), Wedding of the Paper Dolls (a coloring book, 1935), and Songs from Around a Toadstool Table by Rowena Bastin Bennett (1937). She also contributed a cover illustration--one of the finest--to the pulp magazine Oriental Stories (later called The Magic Carpet Magazine) in Autumn 1931. Holling Clancy Holling is renowned for his many beautifully illustrated children's books. Less well known is the fact that his wife assisted him on several of them, including Roll Away Twins (1927), Choo-Me-Shoo the Eskimo (1928), The Book of Indians (1935), The Book of Cowboys (1936), Little Buffalo Boy (1939), and Pagoo (1957). The couple also illustrated Road in Storyland (1932) and The Magic Story Tree (1964).

The Hollings lived in southern California as early as 1930. In 1951, Lucille Holling designed and oversaw the construction of their home and studio in Pasadena. Holling Clancy Holling, a jack-of-all-trades and a man well worthy of his own written biography, died on September 7, 1973. His wife survived him by more than a decade. Lucille Webster Holling died on December 31, 1989, in Verdugo City, California, at age eighty-nine. 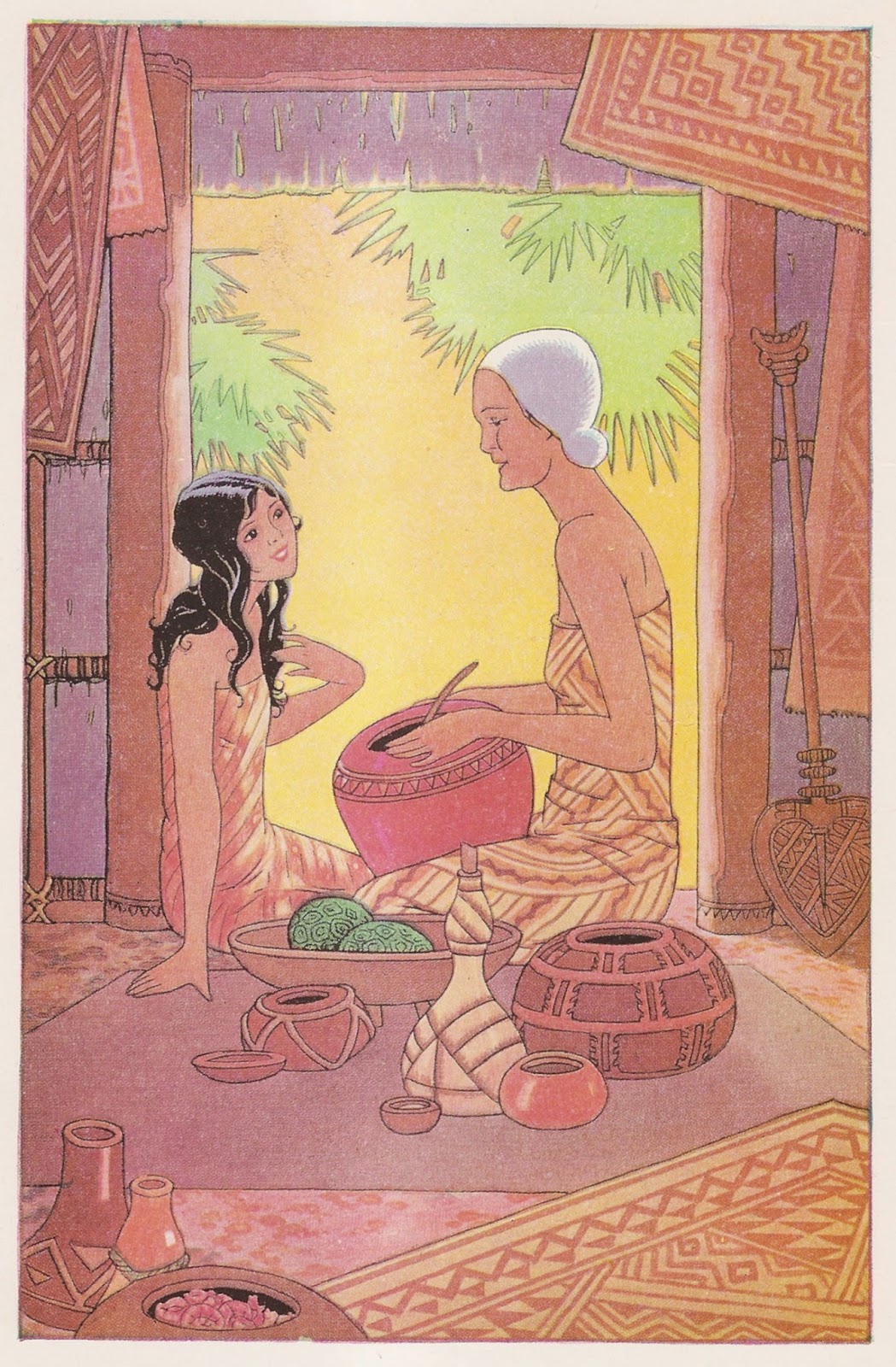 According to the book Illustrators of Books for Young People by Martha E. Ward and Dorothy A. Marquardt (1970), Ursula Koering spent part of her childhood in Indiana. By my estimate, that makes her part Hoosier. If she would allow it, we would welcome her as all Hoosier.

Ursula A. Koering was born on December 22, 1921, in Vineland, New Jersey. She grew up on a small farm populated by "many dogs, cats, goats, pigs, pigeons, chickens, [and] even canaries and parakeets." Remembering her youth, Ursula wrote, "It seems to me that for years I drew only horses and more horses." Later the winner of many prizes, she collected her first for a drawing of Popeye even before she entered school. She made her first sale to Our Sunday Visitor, published in Huntington, Indiana.

Ursula came from an artistic family. Her father, Eustachius W. Koering, and her mother's father, Amour LeFevre, were glassblowers. Her grandfather, Louis Koering, was a wagon maker and wood carver. Ursula's mother, Mariette H. LeFevre Koering, was a native-born Hoosier and a painter. When Ursula was a child, Mariette began taking her to the Philadelphia Museum of Art for Saturday art classes. Ursula attended Sacred Heart Grade School and High School and later graduated from the Philadelphia Museum School of Art.

Ursula Koering loved working in clay and took post-graduate classes in clay modeling and ceramics. Unfortunately, she found out there weren't many opportunities for a woman in the field of sculpture. Instead she became an illustrator, first with Jack and Jill magazine (which is today published in Indianapolis), later for publishers of children's books. Her greatest achievement as an artist is surely the more than 200 books she illustrated in her brief life. One of her first was Petar’s Treasure: They Came From Dalmatia by Clara Ingram Judson (1879-1960), a prolific author of children's books and an Indiana author of note.

A partial list of books illustrated by Ursula Koering:

Ursula's favorite subjects were people in costume, "any kind of costume, from caveman days up to the nineteen hundreds; and animals, any kind of animals." For The Picture Story of Norway, she and the author, Hester O'Neill, went to Norway and "traveled up and down fjords, climbed mountains, walked in the snow in June, and saw the midnight sun." Ursula later created coin faces for the Franklin Mint. She also taught at the Villa Rosella and the School of Industrial Arts and drew editorial cartoons for her local paper.

"I hope I may always be able to illustrate books for children," she wrote for More Junior Authors, "and I hope boys and girls will always like to see my drawings." My hope is that children still love books as we all do when we are young and that Ursula Koering's books will always be available to young readers.

Ursula A. Koering died on December 22, 1976, her fifty-fifth birthday. Her mother remembered: "There was nothing that she could not do. But now, her beautiful hands are at rest."

Notes
Quotes are from More Junior Authors, edited by Muriel Fuller (1963) and Something About the Author, edited by Donna Olendorf, Vol. 64 (1991). There is a small collection of Ursula Koering's papers at the University of Minnesota Libraries Children's Literature Research Collections.