Everyone knows Raggedy Ann, the little rag doll with red yarn for hair and a red felt heart pinned to her breast. Raggedy Ann was born from the imagination of Indiana illustrator Johnny Gruelle in 1915. Nearly a hundred years later, she is beloved by children (and grownups) everywhere. Far less well known is Abigail, the Log Cabin Doll, another Indiana doll created by Portia Howe Sperry and designed to help children learn to dress themselves.

Portia Howe Sperry was born on June 21, 1890, in Chicago and educated at Milwaukee-Downer College as a teacher of physical education. She married Ralph W.E. Sperry in 1914 and lived in Fort Wayne, Indiana, from 1914 to 1917. She returned to take up permanent residence in 1929, at the outset of the Great Depression. When her husband's piano factory closed, Portia moved her family to the backwoods of Brown County, Indiana. Eventually she took over the management of a shop called Brown County Folks, where she sold handicrafts. Portia also began developing a doll called Abigail, with a face designed by local artist L.O. Griffith, manufacturing by local Brown County women, and packaging donated by the Quaker Oats Company. The doll was christened at the Nashville House on February 27, 1932. In 1938, Albert Whitman and Company of Chicago published a companion book, Abigail, by Portia Howe Sperry and Lois Donaldson and illustrated by Chicago artist Zabeth Selover. The inside dust jacket of Abigail summarizes the story:

A story of covered wagon days which the whole family will enjoy. Father, mother, two older brothers, Susan, a little girl of ten, and her baby brother travel overland from Kentucky to a new home in Brown County, Indiana.

And who is Abigail? The most enchanting companion a little girl going to a new home could have--a cloth doll dressed as a little girl dressed in 1835.

Abigail is still made by the Sperry family, and the book named after her is still in print. You can read more about the doll, the book, the business, and the woman who created all three at the website Abigail Doll, at www.abigaildoll.com.

Portia Howe Sperry died on April 21, 1967. A plaque in Nashville, Indiana, commemorates her life and work. 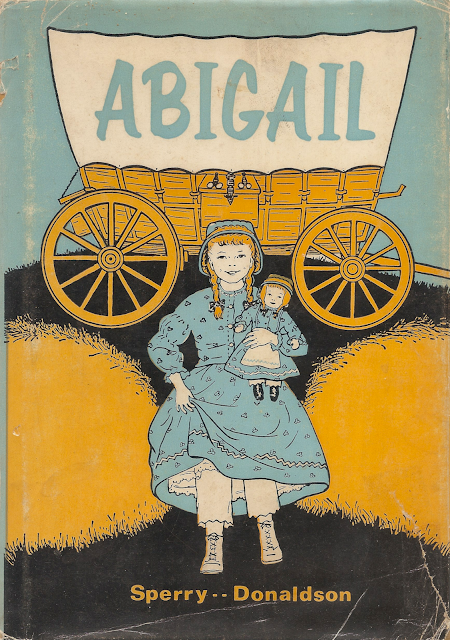 Walter H. Gallaway was one of the most accomplished of Indiana illustrators from the early twentieth century. He drew cartoons and illustrations for the three main humor magazines of his day, Puck, Judge, and Life, while his talent for cartooning landed him in a tug-of-war between Hearst and Pulitzer papers in New York City. Because of that, he became one of the first artists from the Hoosier State to draw a Sunday comic strip. Sadly, Walter Gallaway died at age forty and his name has almost been forgotten.

Walter H. Gallaway was born in Pendleton, Indiana, on October 10, 1870, and moved with his family to Indianapolis at age fifteen. He didn't care for high school and left after two years to study art under William Forsyth at the Indiana School of Art. At age twenty, Gallaway set out for New York City, determined for a career in the theater. He studied at the Art Students League but was forced to return to his Indiana home for lack of finances after only a year. During the last decade of the nineteenth century, Gallaway drew pictures for the Indianapolis News, using his position as a springboard for a return to New York. By 1900 he was back in the Big Apple and sharing living quarters with Frederick Coffay Yohn, a fellow Indiana artist.

For the next several years, Gallaway bounced back and forth between the New York Journal and the New York World. He also cartooned for the New York Herald and the Boston Herald. In addition to drawing cartoons and illustrations for those two papers, Gallaway contributed to humor magazines, as well as to Munsey's Magazine and The Saturday Evening Post. He joined the ranks of early Sunday comic strip cartoonists with Citizen Fixit, Absent Minded Augie, Louis Laughs, and Was There Ever a Boy Like Barney Blue, all between 1903 and 1908. The only native-born Hoosier that I know to have preceded him as a comic strip artist was Roy W. Taylor of Richmond.

Walter Gallaway died on September 7, 1911, at his home in Westport, Connecticut, and was buried in Brooklyn. 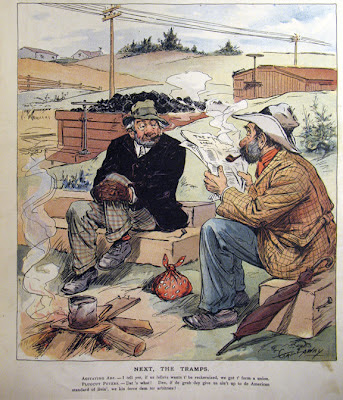 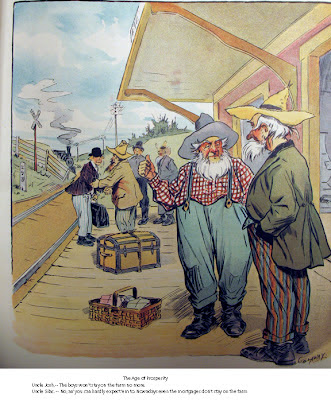 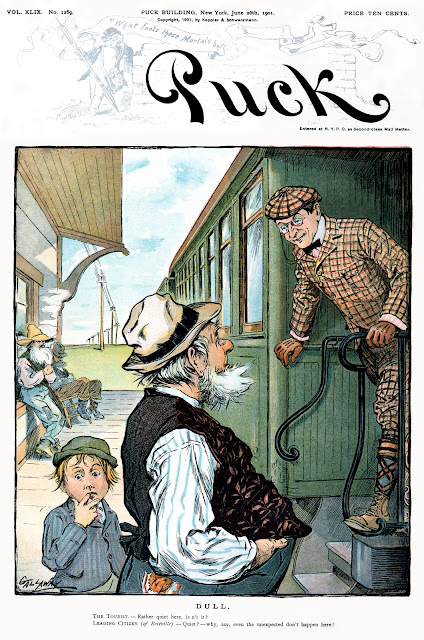